7 Habits Of People with High IQ 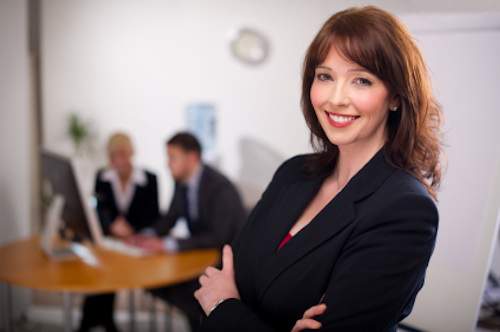 7 Habits Of People with High IQ

I believe that those who are genius do and see things differently. They do the same things that all common people do but the way they do it is somewhat different. As per experts people with high IQ block the large or irrelevant images quite fast when they focus on small moving objects. Here are some habits of people with high IQ.

Before you start you must know what IQ score will be called as “high IQ” or “genius IQ”. A score above 140 is considered as a high IQ and score above 160 is called genius IQ.

So let’s see if you have a high IQ:

• Better visual perception
‘It is not that people with high IQ are simply better at visual perception,’ said Duje Tadin of the University of Rochester. He also added ‘Instead, their visual perception is more discriminating.’ Such people are way too selective when it’s about perceiving moving objects. Tadin also said that ‘They excel at seeing small, moving objects but struggle in perceiving large, background-like motions.’ It was concluded after a study on some people where they were asked to watch videos showing moving bars on computer and answer the movement of the bars i.e. left or right. Results showed that people with high IQ traced the movement of small objects faster than others.

• Alcoholic
A study by Santoshi Kanazawa, a psychologist, confers that alcoholism is a major sign of a more intelligent person at work. The study conducted in UK showed that very intelligent students were likely to indulge in alcohol than the rest dull students. They consider drinking as luxury which is a lot more than a hobby.

• Blue eyed
Did you know that even eye color matters a lot? It is believed that people with blue eyes perform much better than those with eyes of different colors. These people always excel in self-pacing activities and make better strategies. This fact does not conclude the other people as less intelligent. If you are a brown eyes person then congratulations! You are more trustworthy than a blue eyed friend of yours.

• Night is day for you
If you don’t sleep at night because you can’t stop doing your work, or studying or reading your favorite book then you are a genius!! The golden of “early to bed and early to rise” does not matter. Researchers conclude that insomniac individuals usually have higher IQ. As the intelligence increases, the sleep decreases by 1 hour. So if your child does not sleep at night, congratulations, your child is genius.

• Atheism
Gone are the days when believing in God was considered as advantageous by people. For people with high IQ this is of no relevance and they don’t follow the ancient path. Psychologist Kanazawa drew the inference that atheism is linked with higher IQ.

• Virginity is a big thing for you
A research conducted at the University of North Carolina at Chapel Hill showed that individuals (male-female adolescents) with IQ score below 70 or more than 110 are more likely to stay virgin. The report of The Penn State Collegiate reads that:

“They also found that 63.3 percent of adolescent men and 81.6 percent of women with IQ scores below average have never had sex and most have had fewer experiences of romantic attraction.”

• You are a liberal
If you like attending sanity rallies this shows you are a liberal and as per the evolutionary psychologist Satoshi Kanazawa at the London School of Economics and Political Science, those who possess liberal views are likely to have higher IQ. This is because liberal beliefs are against the humans’ evolutionary beliefs. The choice of being liberal shows the desire to show the elitism and superiority which is also linked with IQ.